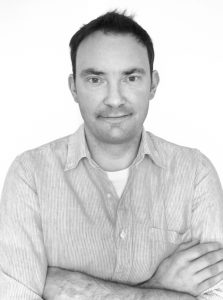 I have extolled the virtues of Damages-based agreements (DBAs) for clients and law firms in commercial litigation since they became permissible in England and Wales in 2013. They are a  simple and straightforward form of fee arrangement, that creates a percent-age upside for the law firm, and an alignment between firm and client that many clients would strongly prefer to striking a deal with a third party funder (though I am also a strong advocate for the latter, as a tool for access to justice).

While DBAs represent a desirable fee arrangement for most clients, they aren’t widely offered by law firms in the UK because of two negative and widely held views, based on rather poor draft-ing in the Damages Based Agreement Regulations 2013 (Regulations):

The first objection has long been surmountable. In many cases, the objection of “too risky” can be overcome through a product known as “DBA Insurance” which allows a firm to share the risks of a DBA with an insurer and therefore partially protects the firm’s fees while still benefit-ting from a DBA.

The insurer may cover around 50% of the lawyer’s fees and up to 100% of expenses incurred by the firm on the client’s behalf, in the event the case is unsuccessful. The premium is contin-gent upon the firm receiving a DBA fee. While the insurance does not fund fees and expenses during the course of the matter, it can provide enough of a hedge against the firm’s risk to per-suade a firm’s financial controllers to take on a DBA, which should prove to be more lucrative than a CFA in many scenarios and is certainly a USP where a client is courting several firms with their matter.

However, the second objection, on grounds of enforceability, has been a lingering and stubborn problem since the roll out of DBAs across the profession in England and Wales. Happily, the Court of Appeal’s judgment in Zuberi v Lexlaw Limited may herald in a new age for DBAs, where firms need no longer fear that a provision for termination fees in the agreement could cause their DBA to be unenforceable.

The main source of the second objection stems from Regulation 4, which does not allow a firm to charge a client an amount in addition to the percentage of damages. This seemingly pre-vents “hybrid DBAs”, where some portion of fees is payable in the event of a loss. However, just as crucial, it implies that any provision for a charge for fees in the event of termination by the client could lead to the whole DBA being unenforceable.

At paragraph 21 of Zuberi, referring to Regulation 4, Lewison LJ summarised the problem:

“This has caused considerable uncertainty in the legal profession; and widespread fear that if a client terminates a retainer, the lawyer will end up not being paid anything for what might have been months or even years of work.”

Here, Zuberi (Lexlaw’s client) argued that the DBA was unenforceable because it provided for a charge in the event of client termination. The High Court had already decided the DBA was en-forceable notwithstanding the provision, so the client appealed.

The “termination risk”, so to speak, has been in plain sight for some time, and in my experience it has been universally condemned as grossly unfair on lawyers, so a Court of Appeal authority on this point has been eagerly awaited by supporters of DBAs.

Although Newey and Lewison LJJ found different routes, they both arrived at a conclusion on the drafting of the Regulations that meant that Lexlaw’s DBA remained enforceable. Lewison LJ found the effect of Regulation 4 (and the prohibition of any other payment) is confined to cir-cumstances where there is a recovery of damages, and does not preclude payment to the law firm for fees in circumstances where there has not been a recovery of damages.

Newey LJ dismissed the appeal too, but instead found that the Regulations are not intended to cover fees payable to legal representatives in the event of an early termination.

We may now see a resurgence in interest in DBAs, knowing they are protected from what could have been a perverse outcome due to deficient drafting. As Coulson LJ said, at paragraph 74, “…nobody can pretend that these Regulations represent the draftsman’s finest hour…”. Dis-missing the appeal himself, he went on to say (at paragraph 84) that prohibiting any amount to be paid in the event of a termination would be “…contrary to the statutory purpose of section 58AA, which was designed to encourage the use of DBAs, not make them commercial suicide for the lawyer.”

However, the judgment may go beyond protecting law firms from the consequences of early termination. The interpretation of Regulation 4 could open the door to hybrid DBAs, as it would potentially allow for the payment of fees in the event of a loss, where no damages have been received. That is to say, Lewison LJ’s view is that the troublesome prohibition contained within Regulation 4 only applies where there is an award of damages.

It is perhaps a little too early to assume a new era of hybrid DBAs. In contrast, Newey LJ felt the DBA regime was predicated on the notion that payment would be on success, so although he carved out termination events as outside the scope of the prohibition, his view is that the in-tention of successive legislation was for DBAs to be no-win, no-fee. He stated (at paragraph 67) that:

“…Lewison LJ’s construction of “damages-based agreement” would leave a solicitor or other representative free to stipulate for payment even where the claim failed.”

Overall, this is a much needed and very welcome authority which should underpin fresh growth in DBAs. However, for those primarily concerned by the commercial risk associated with an all or nothing retainer, DBA insurance, rather than this judgment alone, is a greater source of comfort.